Mark Stoleson, Legatum CEO, addresses the Concrete Love conference in Lisbon on agency, freedom and the value in giving away to others. 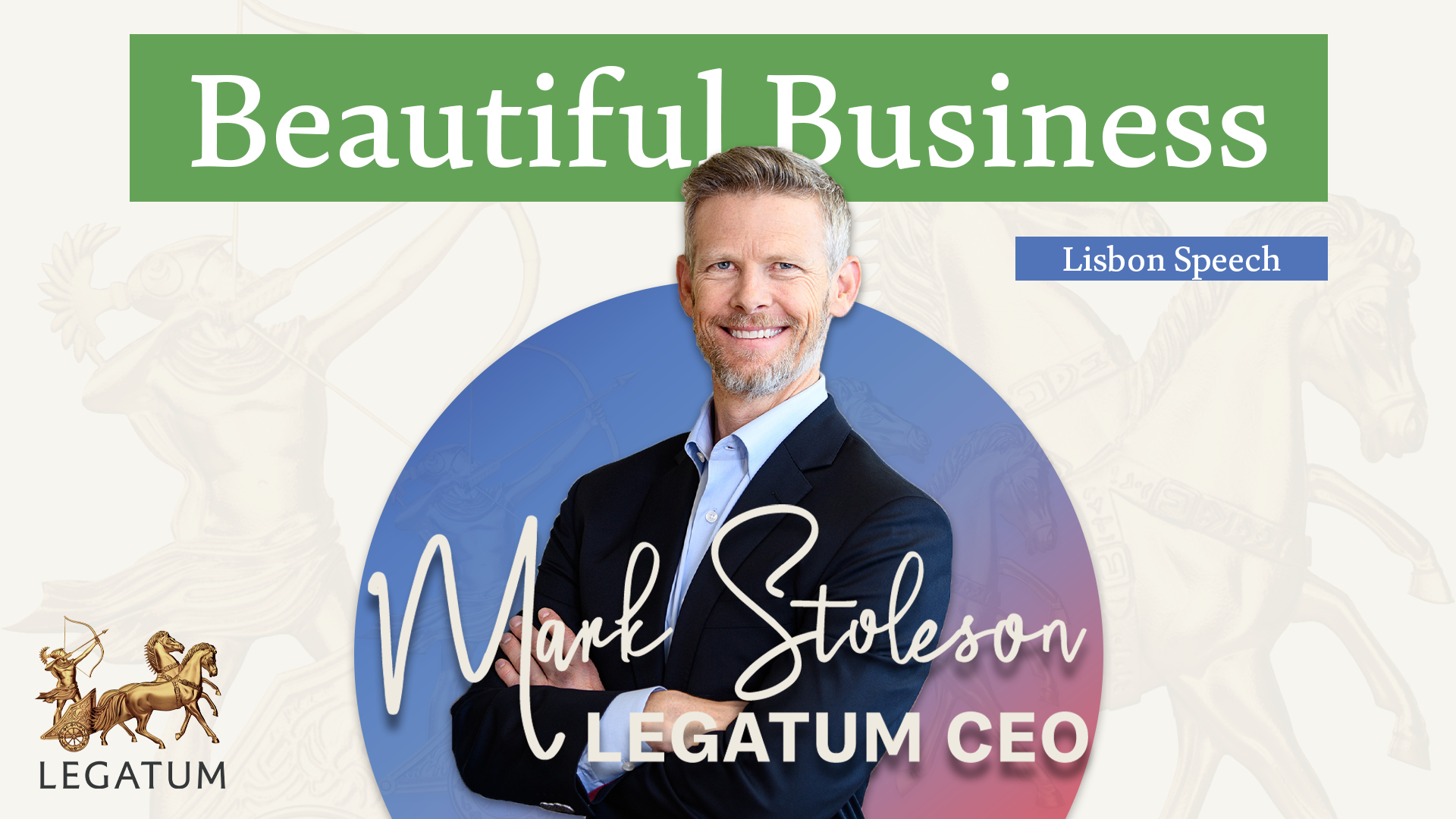 ​Thank you, Tim. And thank you to the entire House of Beautiful Business team for organising this amazing conference. It is a real honor to be with you all.

My name is Mark Stoleson and I am the CEO of the investment firm, Legatum.

What I love about the theme of this conference is that it is about “concrete” “love”, what we at Legatum would call “love in action”. Most people have good intentions, but how do we turn them into good outcomes? I hope this panel on “Agency” will help us all come away with some new insights and practical ideas on how to do this well.

​To me, agency is about freedom, it’s about power and choice. Agency is neither good nor bad in and of itself, what matters is what you do with it. I would suggest that the highest and best use of whatever agency you have, is to strengthen the agency of others.

​Tonight I wanted to share three quick snapshots of how we use our agency for the agency and prosperity of others.

​Snapshot 1 is from the Legatum Center for Entrepreneurship and Development at MIT.

We started this 15 years ago to empower some of the world’s smartest students – to become entrepreneurs and build innovative and inclusive businesses in developing countries.

We have had 319 Legatum Fellows go through the program to date, and one of them, Kevin Kung, and his business partner Vidyat Mohan and their company “Takachar” just last week won Prince William’s new “Earthshot Prize”.

If you want to know why we invest in entrepreneurs, and what a truly beautiful business looks like, there is no one better than Takachar to tell you themselves.

What I really love about this story is Takachar’s approach to the farmers. The big problem here is that the farmers are creating massive air pollution. But instead of looking at the farmers as the problem, Takachar saw them as the solution and put their interests first. And the result? Farmers making more money, their families becoming more prosperous and the air becoming cleaner for everyone.

Takachar gives us a great example of what it looks like to serve people rather than trying to save or change them, giving people agency by giving them a choice.

Snapshot 2. 1.5 billion people around the world have one or more intestinal worms – horrible things that can kill you or make you blind or lame.

They only exist in the least privileged communities on the planet, and keep people from going to work and kids from going to school, so have a hugely negative impact on the health, education and economy of a country.

So we got to work.

We launched a 7 year program in Rwanda and Burundi where we did around 8 million treatments a year.

​We made a bunch of mistakes and learned a lot of lessons along the way, but amazingly saw the disease prevalence decrease dramatically, in some areas from 70-80% of the population to close to zero.

Having proven the model, we had a new problem, how do we scale this? To raise the capital we needed to reach over a billion people, we needed partners, we needed to collaborate. And to do that we somehow understood that we need to be totally committed to making the story about the mission, not us.

​So we took our name off the project, launched what today is called The END Fund and opened it up to everyone.

With our incredible partners, the END Fund today is the world’s largest privately funded deworming campaign, doing over 100 million treatments a year in over 30 countries.

By giving it away, we gave the END Fund agency – the freedom to flourish.

We made this investment because we saw a large commercial opportunity that is right in line with our mission to help others prosper.

Research from Oxford, YouGov and the BBC showed that confidence in Britain’s legacy media institutions was failing, and a global survey showed that 61% of people think that the media is doing a poor job at providing objective news.

Our own research showed that people in underrepresented regional communities outside London felt completely un-heard in the UK’s national conversation.

So we helped set up GB News to ensure that people feel heard, and have a voice.

The channel provides 6,000 hours of news content per year to 60 million households and millions more online. It aims to provide robust debate and respectful coverage, allowing people to form their own views and make the decisions they think best for their families and communities.

Our goal is to give people agency – by giving them a voice.

After less than 6 months on air, GB News is beating Sky News often in key time slots, and sometimes the BBC. We are growing strongly across digital platforms. And something that I proudly told my 21 and 22 year old sons: we are No. 1 on Tik Tok!

In conclusion, my challenge for all of us is to use whatever agency we have to strengthen the agency of others. From Takachar, the END Fund and GB News, let’s try to serve rather than save, collaborate and let others get the credit, and finally let’s do better at welcoming each others’ views.

I cannot think of a better way to run a “beautiful business” or to express concrete love!

Thank you very much.

Legatum Fellows Up for Award
Two Legatum Centre Fellow founded ventures have been nominated by Prince William for The Earthshot Prize.
28.09.2021
Read More 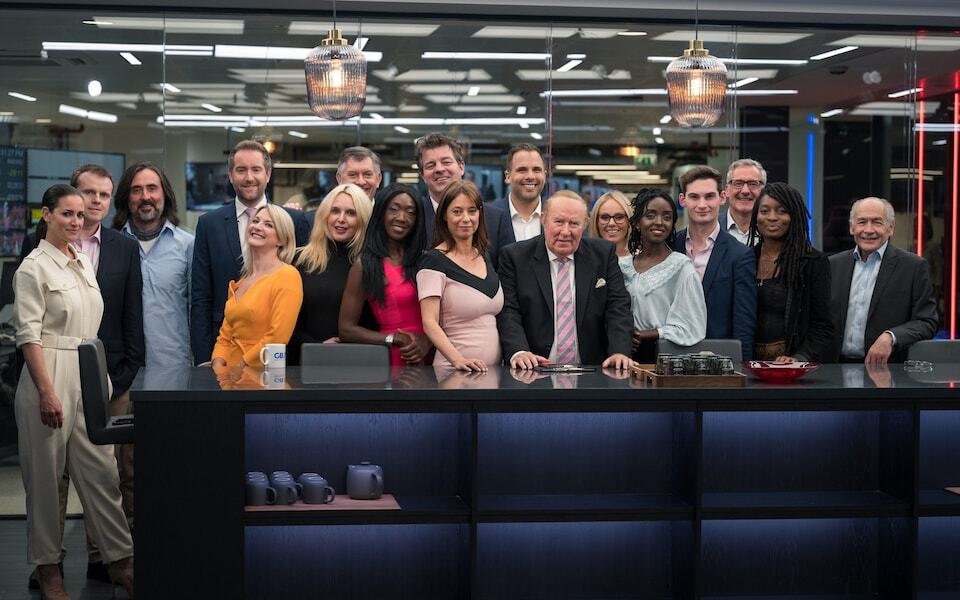 GB News' successes should be celebrated by anyone who favours diversity, tolerance and respect
Legatum CEO Mark Stoleson writes in The Sunday Telegraph about why we invested in GB News, free speech in the U.K. and Legatum's global mission.
30.08.2021
Read More

Why Legatum invested in GB News
Britain is entering a new phase in her history, regaining an independent voice and charting a new path into the 21st Century.
16.06.2021
Read More